Skip to content
If you found this article interesting consider sharing it!

The Ganondoor Glitch might be the most infamous glitch in The Legend Of Zelda: Ocarina Of Time. But how does it work?

Let’s go on a journey through cyberspace back in the golden age of the Nintendo 64 and find out how this all works.

Phase 1: The Research – aka LMGTFY

In our journey to find out, how the ganondoor glitch works, we will stumble upon Google as our primary search engine. If we type in “20 min OOT run”, we will find out that there is a question asked about this topic over at gaming.stackexchange.com. Because everything needs its own stack overflow for some reason.

We can also see, that the question was asked in the year 2015, which tells me, that it’s probably not a trending topic, and I should write about something else.

In the olden days, consoles didn’t have all the RAM, GPUS, HDMI and other fancy things like wireless controllers. Memory was sparse, and the game developers had to literally be some kind of wizards to pull of what they did.

They had to manage their memory well, and they had to do it by hand. Which is a real pain in the a** and leads to a couple of errors. Nowadays you can just create a new object and the garbage collector of your runtime handles the memory management.

But in languages like C you have to manage the memory yourself with fancy commands like malloc() and pointers. F*cking pointers.

They’re a kind of “variable” that stores the address of another variable. So you don’t have to move things in your memory but instead can point to them via pointers.

For those of you not familiar with C, it’s an ancient programming language, used to punish developers who write ugly code, by letting them use it. It’s basically the Latin or Greek of programming;

Literally dead, but for some reason we still have it. /s

However, C is still used for low- level programming (like in Arduino and other microcontrollers). And at that time, game developer had no choice, but to use it. Sadness intensifies

So it would be safe to say, that developers had no choice but to use the same pointers for different purposes, because of the sparse memory. Which is a pretty unsafe method of using pointers. Basically the foundation of the ganondoor glitch.

But we need to find out how they implemented it! We need more details!

The “source” of Knowledge – bedum tss**

Lucky for us, I was able to find out the source code via my hacker connections:

So I pulled up one of my 15 black hoodies, took out my sunglasses and took a deep hit from my vape. Hiding in my vape cloud I went into the dark web over 37 TOR Proxies and connected to 5 IRC channels.

There I met a guy, let’s call him D4rk L0nK. We met under the night sky, both hiding behind vape- clouds and exchanged money for Source Code.

Just kidding, the guys over at cloudmodding.com somehow got the source code of Ocarina Of Time. Or parts of it. Which we will be basing our “explanation” on.

This website is like a paradise for us. Not only does it have parts of the code. It also has a lot of comments and explanations to it.

But it has so much information. So from there, I had to dig deeper and find out what would be relevant, and what is just interesting.

So I googled for ganondoor glitch explained and found some old videos from 2015 or something (which again tells me to stop because it won’t be searched for) explaining how these transition work and what you need to know.

Together with my super intelligence and the videos I combine what could be useful from the wiki for the ganondoor glitch:

Most of the code on the website is assembler code. Now if C is Latin or Greek, Assembler is like freaking hieroglyphics. I mean, just look at it: 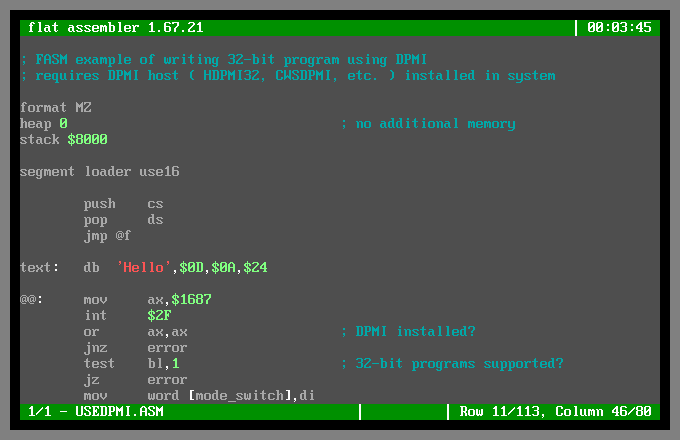 In order to know how the ganondoor glitch is possible, we need to understand how scene transitions are made in Ocarina of time. From the cloudmodding wiki we get the following information:

A somewhat confusing aspect of the entrance table is that the developers use a routine that indirectly looks up the entrance table based on 4 different variables: a “base” index, Link’s age, the time of day, and variable used to load cutscene setups (we’ll call it the cutscene number).

The base index can be thought of as being the starting point to an array of possible entrances.

This means that for every spawn location, you will need 4 sequential records on the entrance table. If you wish to trigger a cutscene stored within a scene setup, you will also need additional records for each cutscene you want to spawn at. Nintendo conserves space by using the same base index (which ends up being the entrance with the lowest index) for all cutscenes within a scene.

In the ganondoor glitch, we’re neither adult nor night.

For the glitch, we need to trigger the scene/ entrance transition and overwrite the pointer with the right Entrance ID. It sounds real hard, but basically, it’s easy.

In order to trigger the entrance transition, we have to use the blue warp thingy that comes after you defeat a boss. But without actually triggering the scene!

We can make use of another glitch. If you equip the right items (like a bottle for example. WICH YOU GET WITH YET ANOTHER GLITCH!) and want to equip/ wear them, while you’re doing a backflip, it somehow triggers the Ocarina Item?!? o.O

If you do this trick right on the blue warp thing, the transition will be triggered, but you won’t be warped.

Internally, the warping is causing a timer to tick, but if you’re out of frame, the timer stops. So you hop sideways and make sure to not see the blue warp thing the whole time. Because if the timer reaches a certain count, it will actually warp you in front of the Deku Tree.

If you made it this far and you exit the door, the base index, mentioned before will be 0252 or something, which is the room before Gohma. But the Entrance transition has been triggered, and the game wants to execute it. So it takes the base index and adds 4 to it plus the rightmost hex digit of the current location, which is Ganondorf’s Castle.

In the video, I show you how I combined my magic research skills, together with a debugger and some (lack) of gaming skills to show you what happens in memory. The video is currently not finished yet. So stay tuned and subscribe to my channel to be notified, when I upload the video:

The ganondoor glitch is interesting to research because it consists of so many different glitches. In this article, we focused on the “main glitch” which is a “memory corruption” exploit.

We got to see how the developers with limited tools, but infinite fantasy and trickery were even able to pull off such a stunt. With all their errors.

They didn’t catch this bug, but how could they. If you look at the listing of the sources, you will find a ton of source files, that were used in this project.

So we should be glad, they were able to create this game, with all its (technical) flaws, that make it even more enjoyable.

If you found this article interesting consider sharing it!
Advertisements